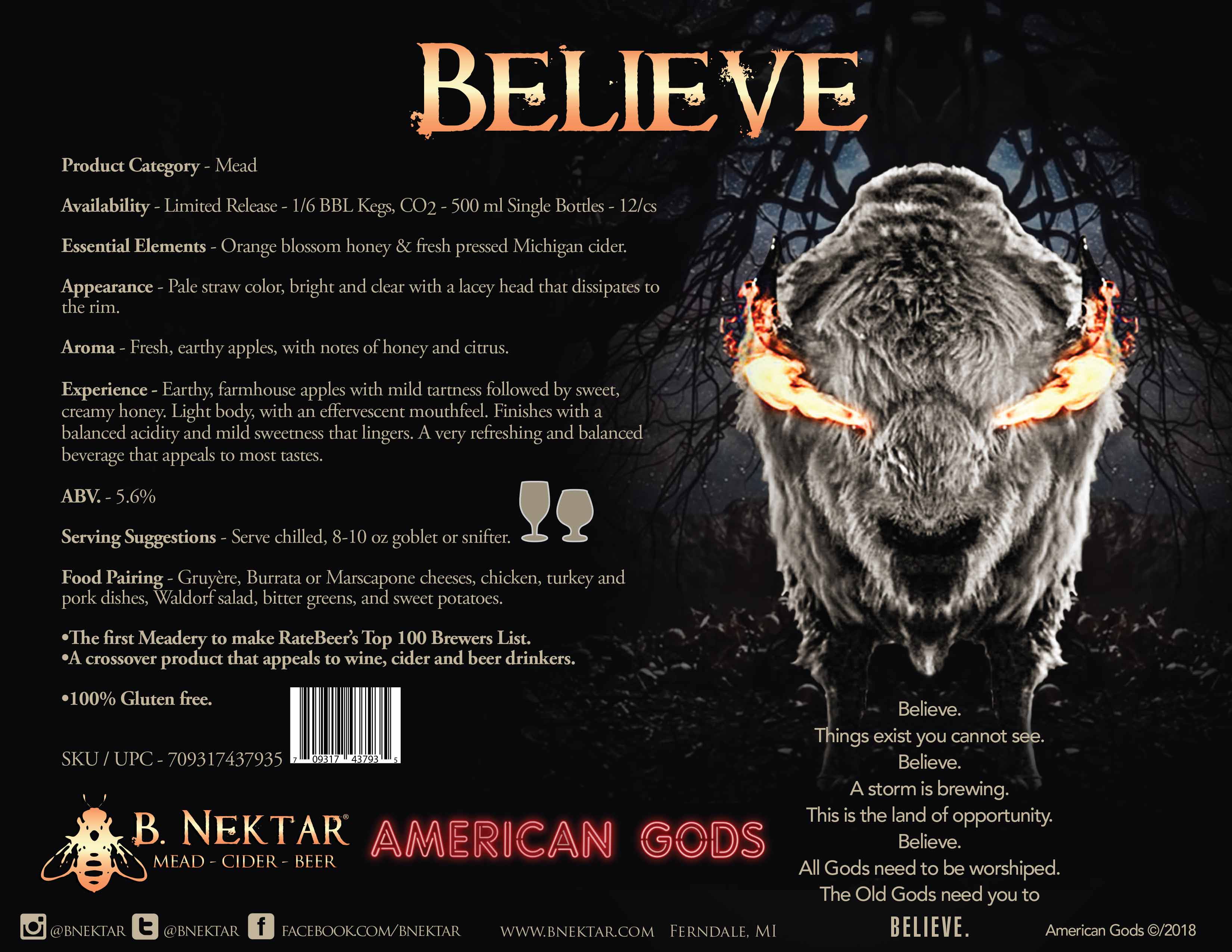 B. Nektar is excited to officially announce the plan for a branded American Gods line of meads, ciders, and beers inspired by FremantleMedia North America’s TV series that airs in the United States on STARZ. American Gods is based on Neil Gaiman’s award-winning novel of the same name and was STARZ’s No.1 launch of its season.

B. Nektar recipes are in the developmental stages and the goal is to release the first of this product line in late 2018. Fans of the critically acclaimed original series will recall that three shots of mead will seal the bargain between Mr. Wednesday and Shadow Moon, drafting Shadow into Wednesday’s service. A traditional drink that Mr. Wednesday states is “The drink of heroes. The drink of gods”.

Brad Dahlhofer, B. Nektar C.E.O. and Co-Founder said “I have always been a big fan of Neil Gaiman’s work. It’s surreal to be working on a product tied to one of his greatest literary accomplishments.”

“Creating a brand based on American Gods is something I no doubt would have done anyway,” said Brand Director and Co-founder, Kerri Dahlhofer. “But to be able to do it collaboratively and with license, allows the brand to be so much more than it would have otherwise. Artistically, the label is a complete embodiment of American Gods, contrasting the delicious product.”

B. Nektar is guided by geeky imagination, influenced by sub-pop culture and is never satisfied with the status quo, always aiming to bring a modern twist on mead as well as diversify craft mead, cider, and beer.

The battle between Old Gods and New Gods continues as season two kicks off a few short hours after Mr. Wednesday’s declaration of war and the epic showdown at Easter’s party. While Mr. World plans revenge for Wednesday’s attack and Technical Boy searches for Media, Mr. Wednesday continues his quest to pitch the case for war to the Old Gods with Shadow, Laura, and Mad Sweeney in tow. But when things don’t go as planned at the House on the Rock, both Old and New Gods, find themselves on journeys across America – all destined for a climactic showdown in Cairo, Illinois.