Join us for a New Year’s Eve Party

We have a New Year’s Eve Party for you. Catch some good end-of-the-year vibes in the B. Nektar Taproom.

This New Year’s Eve party will be one happenin’ shindig. Let’s tell 2017 to shove off and bring in 2018 with a bang! how better to do that with all your favorite meads & ciders delish food,

PLUS fresh tuneage from
local DETROIT band GUS GREENLEAF and Grand Rapids emcee RICK CHYME with AFTER OURS (IN).

Check out more info on the MUSIC!

Gus Greenleaf is a multi-genre, community jam band and a band for the people. They explore all aspects of music. Nothing is beyond the realm of possibility.

After Ours is a self-described “head-nod-jazz” duo from South Bend, IN

Sushi and other tasty treats by the caterer and Pop-up shop Geisha Girls at 8 pm.

We know we will be ordering up their Avacoado Bomb & Geisha Girls Signature Roll – don’t miss out on food – once it’s gone, it’s gone. 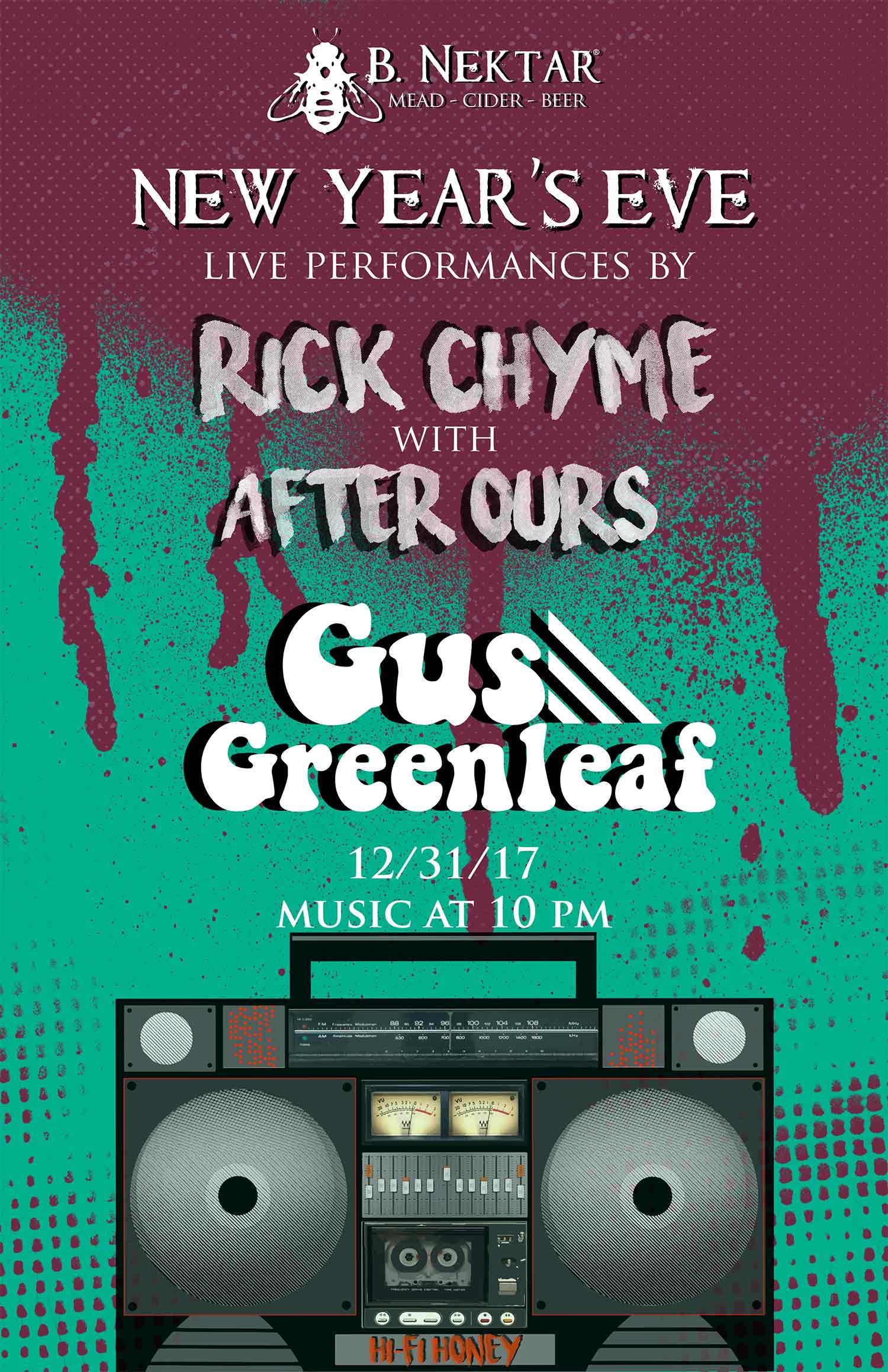